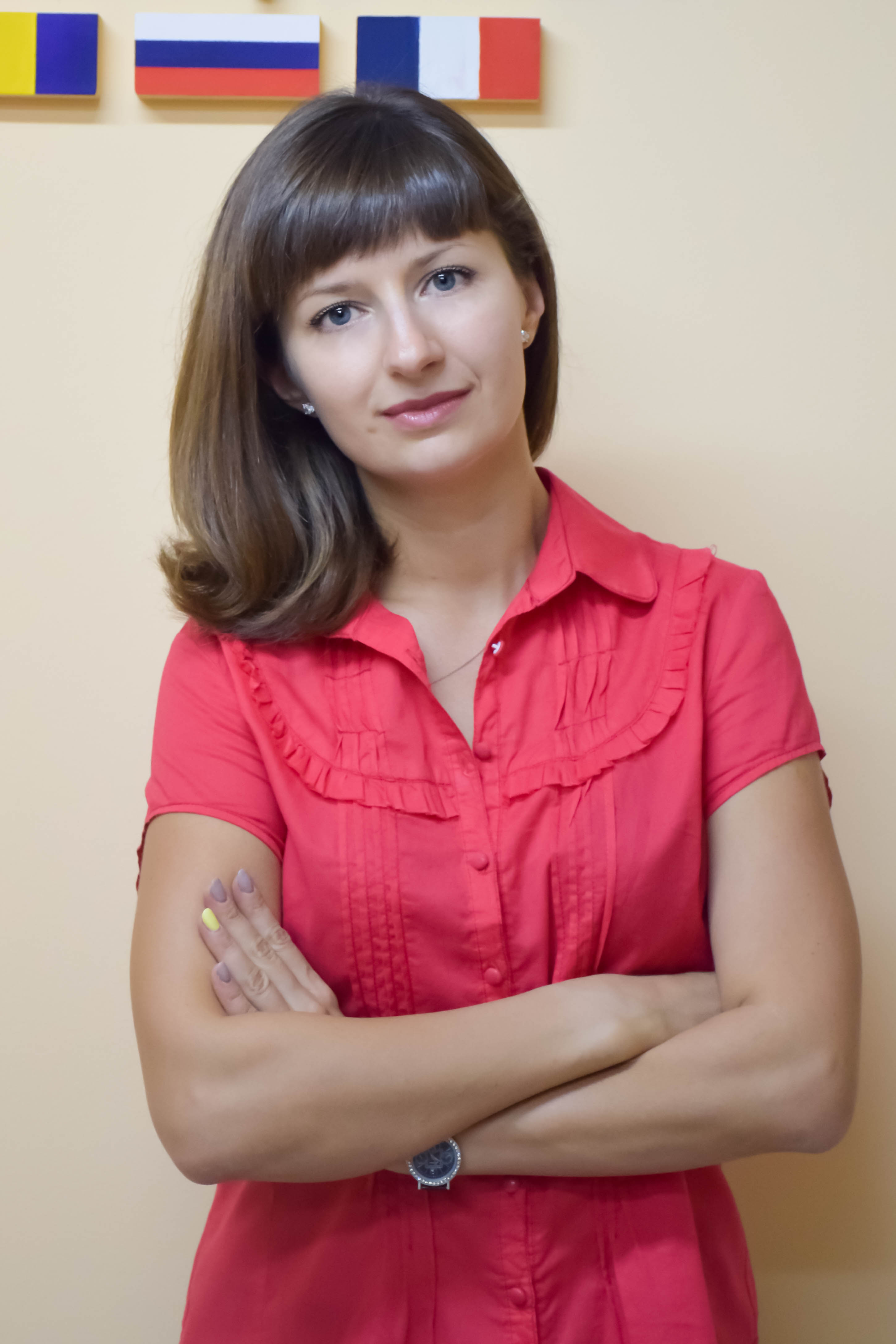 March - June 2017 –regional project facilitator “English for Media Literacy Moldova MOOC National Project” (by the US Department of States, Academy for Innovation and Change through Education);

February 2017 - authorialprogram of an elective course in French as a second foreign language "The World of the French Language" 5 -11 classes.

1-2 November 2017 - Access In-country Training by US Embassy to Moldova and coordinated by Academy for Innovation and Change through Education, Chishinau.

28 October 2017 - Regional conference on the support and preservation of the Russian language outside of Russia, by the government of Moscow, Department of Foreign Economic and International Relations, Chishinau.

2012- Attestationin the Ministry of Justice of the PMR for the implementation of official translations with the right to sign;

22 June, 2016 - videoconference "Different facets of professional skill of the teacher", within the framework of the project "School of the Digital Age". (Moderator - Soloveychik Artem Simonovich, editor-in-chief of the publishing house "First of September".)

24 May2016 -Webinar “Russian language for beginners: a textbook "A Voyage in Russian: An Intensive Course of the Russian Language in the Form of an Adventure Novel." (Lecturers: Lyubov Moskaleva, Associate Professor, Kazan Law Institute, Ministry of Internal Affairs of Russia, Ph.D., author)

2016 – to the present day Languages and Translations center SMART; teacher of English, , French and Russian languages.

Use of different approaches in teaching and engaging additional materials specifically adapted to the task of a group or a student;

Performing translations of legal, medical, academic documentation from / into English, French and Ukrainian.

2004 – to the present day English teacher in private and state educational institutions.